WALKING IN HOLLAND AND BELGIUM (Finishing at Ypres)
DAY 1. EINDOVER TO POSTEL – 26km

Heading off along the N123 in Holland

Revisiting Europe at War in 1914, I endeavoured to walk from Eindover in Holland to Ypres in Belgium as my next expedition around the continent.
Starting at the Airport on arrival at 9am, I walked along the cycle routes away from the city via Veldhoven. I got confused with the town layout at times and in fact walked in the opposite direction until a lady set me back on course. Fortunately the locals were kind enough to provide good directions to the N123 my chosen route for the first 2 days of my walk. Having walked through a park I was able to join the road at Steensel and after crossing a road bridge I was able to keep to the cycle route as far as Eersel. Later I followed a forest route frequented by joggers and some cyclists and after a few miles I crossed the border into Belgium.
To celebrate I went for a coffee at a restaurant close by; here I spoke to a couple of German travellers who were cycling in the area. There were many routes crossing the forest here and the whole region contained cycle paths on each side of the road.

The Abbey Shop at Postel

Making good progress I arrived at Postel around 5pm and after enquiring at an inn about camping the landlord suggested I went to the Abbey to see if Father Nicolas could help. This I did and the father was very kind offering a bed and meals for my stay here at Postel. There was a group of Nuns here from Gwent on a Bible Study for 4 days and later we enjoyed supper together. The duty father spoke good English as did one of the visiting men also staying at the Abbey. They were all very kind and keen to hear of my travels in Europe particularly those to Santiago which I completed in 2006/07. It was a lovely peaceful place with the tranquillity broken harmoniouslyy by the melodic chimes of the church bells. There were deer grazing in the grounds and a shop nearby which sold produce made here at the abbey. Before retiring I returned to the inn to thank the landlord for his good advice and help. It was one of the best places I have ever stayed at and I was grateful for a good night’s rest having forfeited sleep yesterday to obtain an early flight this morning.

Having enjoyed a good breakfast to get me on my way I said my farewells to the nuns and thank you to the Father before passing through the grounds one last time as I strode off in search of the N123 and my next day’s walk in Belgium. What an adventure! Soon I was crossing a canal at the next town called Retie and as the morning evolved the sun brought temperatures of 22 degrees. I stopped for coffee at Kastererlee and despite a blister made good progress from here to the larger province of Herentals. This was a complicated section and after receiving instructions from a young group at a nearby garage, I continued along the cycle path which followed the main roads where traffic was bound for Antwerp and Lier. I could have followed the river bank to Lier but in the end opted for a village route via Morkoven. Arriving at the next village around 6pm, I decided to make use of the local campsite as there were not too many facilities along the way. I was told that camping is forbidden here in Belgium which sounds a bit stronger than ‘no tents please!’ Any way after paying the owner 9euros I had secured a night under the stars and once set up I returned to the centre for a meal and a drink at the local pub where the lovely English-speaking maid told of her desire to travel to New Zealand. On this subject I was highly qualified to give her a few tips and after an interesting hour I retired to a much-earned rest.

Starting early, I continued my quest which would hopefully cover about 60km as far as the town of Merchtem. The first part of the day took in the smaller villages including Heist-op-den-Berg and later I joined the N15 where I negotiated Putte and later the busy large town of Mechelen. Wandering through the pedestrian centre I was able to admire the beautiful citadel and religious buildings and stopping at a café I was able to enjoy a conversation with a local lady who also advised on the best route out of town. It was actually very straight forward and on continuing along the main street to the railway crossing brought a natural exit from the place. After passing over a bridge I stopped for some bread and cheese by the river at Hornbeek where a few cyclists sped past following the path beside the bank. It was nearing teatime and I noticed a greater surge of traffic as I continued my walk through the villages of Lorderzeel and Steenhuffel; later a young lad explained where I could buy some food. By 9pm I had cleared the town of Merchtem and making my last call at a local shop where I was able to buy my supper. The girl was Asian and spoke excellent English explaining she had a sister from Birmingham who she visits once a year. She also gave me some bread and told where it would be safe to camp without intrusion.
Just beyond the railway I located a paddock and the rough ground where she suggested I camped; it was great and even my neighbours – a couple of horses added their voice of approval!

Rising early it was a touch misty as I left the railway behind and continued my journey along the N211 to Aalst. It was raining at this stage and I was a bit confused as to the junction to take for the N46 which was my route to Oudenaarde. Fortunately I was able to obtain directions at a café and continued my walk as far as Burst where I sat and enjoyed a yogurt and banana. This was destined to be another long enduring affair that would take me beyond dusk once more and so I did not hang around long. Most of the places from here were substantial and so I was able to enjoy a coffee along the way as I passed through Oombergen, Hundelgem; finally arriving at Oudenaarde around 6pm. It was quite a laboured affair passing through the town and once more having to locate the appropriate exit route. It was pleasant enough walking to Wortegem where roadworks at least stemmed the flow of traffic. Dusk was approaching as I trekked through the farmland broken by tiny communities that flickered like candles in the night. On nearing a forest in pitch black I looked for an opening where I could find a place to camp and by 9.30pm I found a suitable spot at the end of a riding. I could see a house in the distance near to what appeared to be an equestrian centre; at this moment in time all I needed was a few hours rest. Boy that was a tough day!

Starting at 5am I rolled up a very wet tent and took to the road immediately. I negotiated a tricky section to the N43 but once on course I continued into Kortrijk where the town was still in the process of waking up on this sunny Saturday morning. At least I managed to get a coffee and from here had another tricky section to the outskirts of town where I followed the river path to Werelgem; from here the N8 saw me to Menen and Ypres Street which brought about the last act of this event.

As I walked the final outposts (last 20km) of the journey remnants of the Great War began to dominate the countryside and as Ypres came into view so did the grave stones of the men who fell protecting her nearly 100 years ago. There was a museum built  by a trench on my right containing artefacts from the front line (probably worth millions); opposite lie the unknown graves of warriors who fought there. Further on to the left is Hill 62 where the Canadians fought a do or die battle only metres from the town. Finally my pilgrimage reaches its conclusion at the Menin Gate where I attended the Last Post. Later that evening I was joined by an Australian Vietnam War Vet called Andy and a few tourists from his home land also visiting the battlefields. One guy called Mark had been taken to a nearby farm by his tour guide and introduced to the land owner whose grandfather had fought alongside his own in one of those significant battles.

Part of the trench where they died was still intact serving as a poignant reminder of their sacrifice and yet more importantly this final resting place now evokes a sense of pride which two families can at last share. Mark will at least go home with the satisfaction that he had retraced his grandfather’s footsteps to his last moments in battle. It was just one of many fought in this region over a 4-year period and the thousands of names of unfound soldiers at the Menin Gate make it the most sacred place on Earth to a British soldier.

It was a special evening and after saying farewell we promised to return for the anniversary parade of 2014. Shortly after I retired to my tent for one last night under canvas before travelling across France to the ferry port of Roscoff and ultimately, on Monday, the journey home to Cornwall. 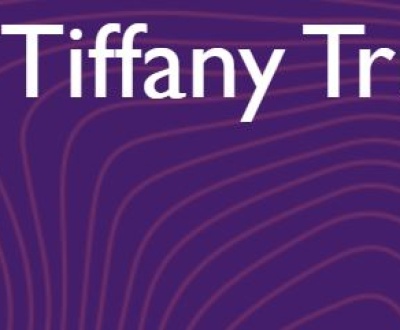 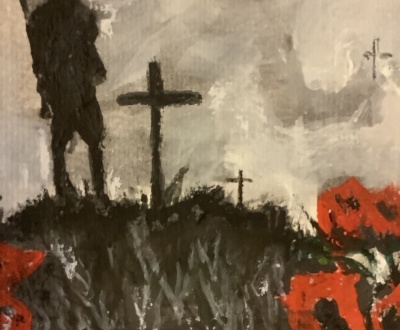 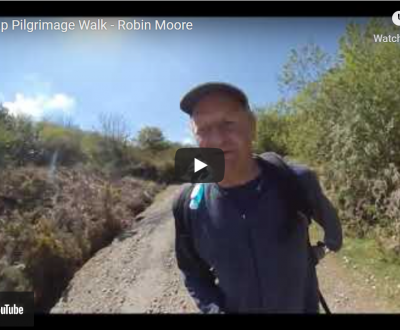 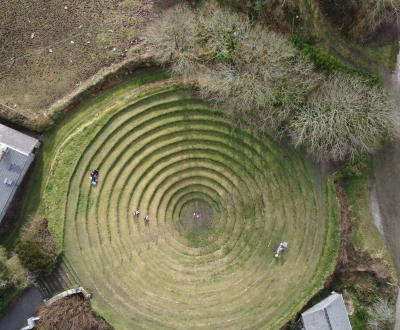